This post comes from IDEO U, an online school where anyone can learn to solve anything creatively. 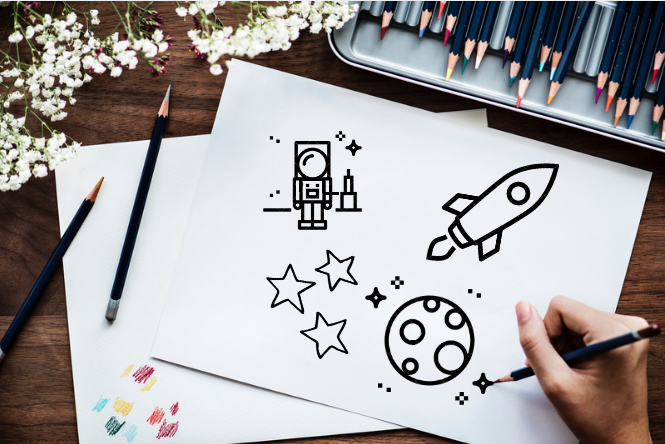 Even just five years ago, in many corporate environments, only some people had permission to be creative. But that’s changing—and fast. Creativity has moved beyond fields like design and advertising, and become important in finance, law, and even medicine. It’s the tool everyone can use to break patterns, generate new ideas, and make big leaps. And at IDEO U, we know that creativity is not a fixed trait—it’s more like a muscle, something you can strengthen with practice and effort.

As the world and the workforce become more automated, embracing creativity will become more important, for teams, companies, and even individual employees. It’s not just the thing that makes it possible to come up with innovative solutions to big problems—it’s also the thing that will differentiate us from the coming automated workforce. And futurists believe that one in three jobs will be disrupted by 2030.

So what can you do to embrace your own creativity, and help build your team’s creative confidence? Here’s a primer to get you started.

Warm Up Your Creative Mind

Done wrong, meetings can be a timesuck and a creativity killer, so it’s important to help your coworkers get into a creative headspace from the get-go. It’s a powerful way to set the tone, encourage new ideas, and make sure you’re as productive as you need to be. To get there, start with empathy. Think about where your coworkers are coming from—their commutes? other meetings?—and what you need them to do. Is the time you spend together about listening, collaborating, or coming up with new ideas?

Pick a low-risk warm-up activity that can help break down the barriers for where you need to go. Need to set the tone for an epic brainstorm? Try this simple exercise IDEO Play Lab founder Brendan Boyle uses to lead his team into a more creative headspace.

Start by issuing the following directions:

Now ask your team a few questions about their experience:

It’s amazing how differently people can picture the same task. After they’ve heard from their peers, ask them to do it again. The details will grow the second time. Now that their imaginations are activated, transition to your brainstorm.

This was a pretty simple task. You flew around the moon, you may have landed, and then you came back to earth. If you did this warm-up a second time, you'd realize it's about using the power of imagination and likely have more fun. We're so good at converging because we have to make decisions every day, but how can we stay in that imagination stage a little bit longer?

One of the most important pieces of being creative is giving yourself permission to come up with lots of ridiculous ideas. Brendan recommends setting a time limit—ten minutes, even—to see how many your team can generate. To help your teammates get to a place where they feel comfortable with this way of working, ask to perform a small experiment or pilot program. Set the bar low, and ask them for the worst ideas they can think of. While the actual ideas may be totally useless in the end, they take away the fear of sharing a bad idea, which, unfortunately can also impede good ones. (You may discover they’re not so bad after all.) “Get people to play along, and you’ll have fun, and get more ideas,” Brendan says.

When you start a brainstorm:

The most important rule of this whole thing, of course, is not to judge the ideas. The line between brilliant and ridiculous can be quite small. Think about it. Is it a good idea to hop in a stranger’s car, or stay in their house for the night. Nope—but Uber and Airbnb are huge successes anyway.

Look Outside Your Context

When you need inspiration to fuel a new idea, don’t look to the company, sector, or subject you’re already designing in—look for something different that has solved similar problems. If a hospital emergency room needs help organizing its supplies, think about what other entities might have done to deal with a similar problem—like how a racecar pit crew might arrange its supplies for quickie refueling stops, or what an airline check-in desk could teach a hotel about how their operation might work. Conduct analogous research and invite your team to test out experiences that might lead to insights.

When an IDEO team was researching safety in the operating room—a place where speed and communication are key—they actually went out to the racetrack to observe a Nascar pit crew changing tires. Though there are many differences between the two environments, speed and safety are both primary concerns, and one can do a lot to inform the other.

When an IDEO team working with a bicycle company needed to figure out how to sell a new line of bikes to riders who aren’t super hard core, they headed to Sephora. Entering this beauty supply shop packed with products fairly foreign to them, helped this team of mostly men build empathy for how non-cyclists likely feel walking into a bike shop.

As you add warm-ups to your meetings, embrace bad ideas, and try out analogous experiences, remember that the most important part of the process is to give your team permission to get their hands dirty, try new things, and come up with as many ridiculous ideas as they can.

For more exercises like these, check out IDEO U’s Unlocking Creativity on-demand class.