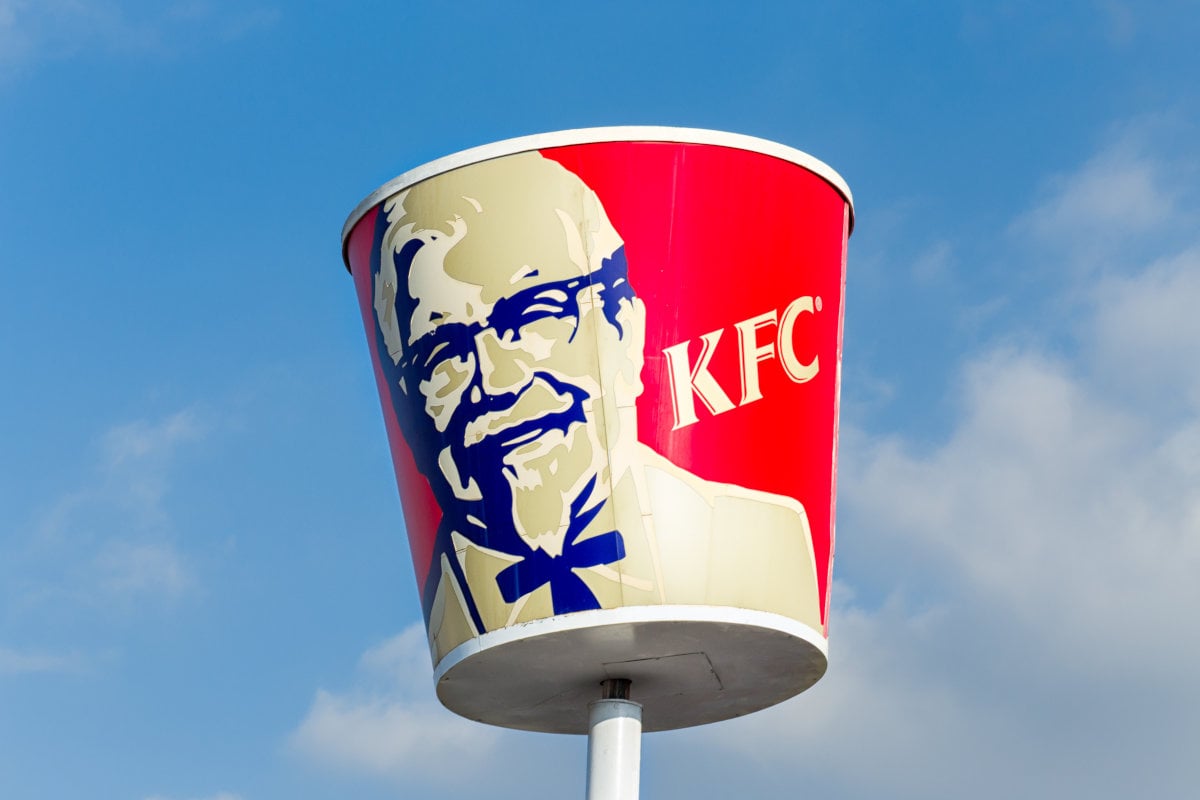 In our previous blog, we highlighted some of the “outside of the bucket” menu ideas KFC has recently innovated for its restaurants in 135 countries using design thinking. Items included a hot dog wrapped in a fried chicken bun (leave it to the Australians to inspire that sandwich of deliciousness) and fries made of chicken skin, which sounds vaguely disgusting to the American palate but sold out the day they debuted in the Philippines.

KFC’s 18 global innovation teams come up with these ideas by focusing on customer empathy, brainstorming, ideation based on customer feedback, trial and error (though honestly there hasn’t been much error over the years) and finally rollout.

But what about the process here at home?

This year, they kicked the innovation up a notch.

Enter the KFC Cheetos Sandwich. You read that right. It’s an Extra Crispy chicken filet drizzled with a Cheetos-based sauce, nestled on a bed of actual Cheetos and mayo on a bun. Only in the good old U. S. of A. folks.

It may sound crazy, but there is a method to this fried chicken madness. Cheetos are ranked at the top of the cheese snacks category with 87 percent of market share. Last year, Chester Cheetos’s brand pulled in a cool $1.62 billion in sales. Americans love us some Cheetos. And KFC isn’t the first to pair them with other dishes. They’ve been popping up on indie foodie menus in high-end restaurants nationwide.

KFC spotted that trend and a new partnership emerged. KFC and Cheetos brought their innovation teams together to brainstorm. Once they had hit on the core idea of a chicken and Cheetos sandwich, they created a few dozen versions of the product, tested and revised, until the final product was ready to launch. It had a bit more than a one-month test period, running in stores nationwide until the end of July.

Sales numbers, not available yet, will tell the tale. The goal of this innovation is not only to delight current customers, but lure in new customers as well. Forbes quoted Zahumensky as saying: “We absolutely consider these innovative menu items as a way to bring a younger and new consumer into KFC, but we’re also focused on creating craveable menu items that could only come from KFC and that our fans will flock toward.”

With Chester Cheetah as the new KFC mascot (at least for the moment) the pairing is powerful in its brand awareness.

The lesson: It’s all about innovation, but not just for innovation’s sake. It starts with careful consideration of the customer’s needs and preferences, then brainstorming something amazing to meet their needs in ways that delight and surprise even the most callous Gen Z customer.