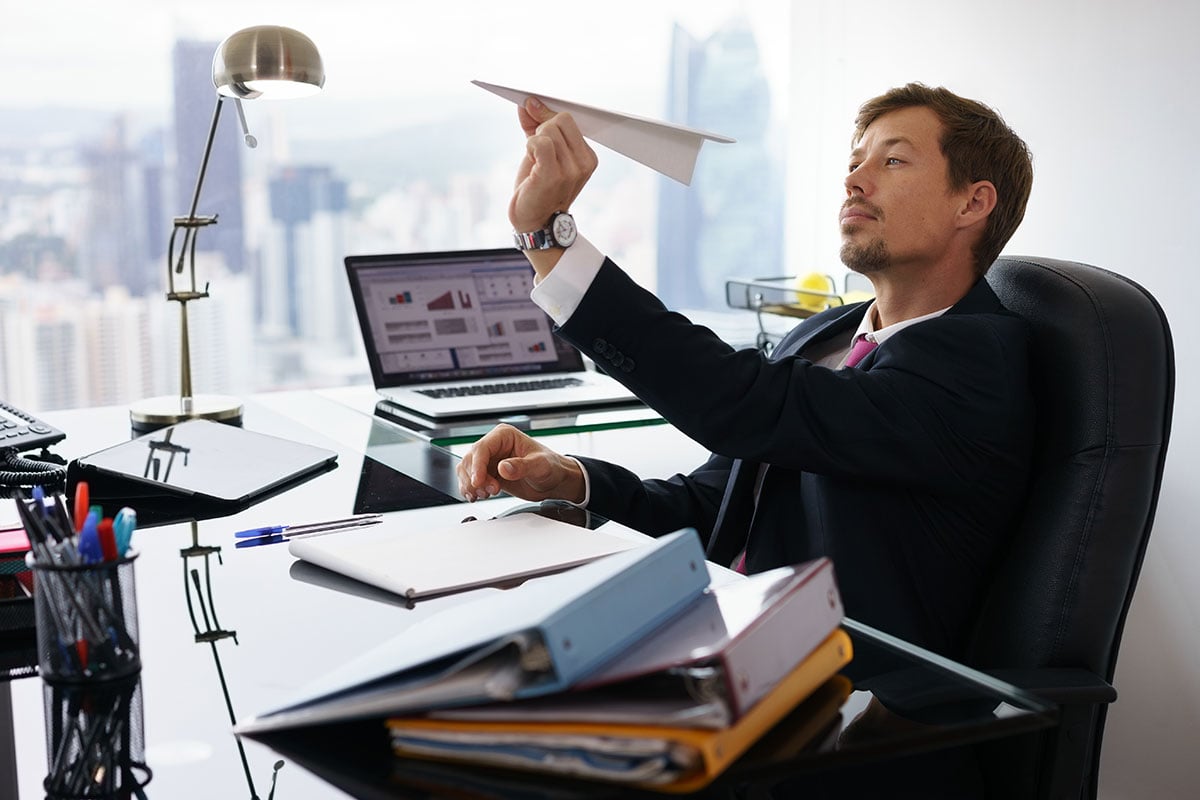 A new study shows that boredom might be just the boost your innovation efforts need.

If you’ve ever finished a task at work and had nothing else to do, you’re probably familiar with the challenge of trying to look busy while consumed by boredom. Managers typically frown on employees who don’t appear to be productively occupied—but a recent study suggests that making space for boredom might spark creative thinking.

“Boredom is likely one of the most prevalent, yet least understood, emotions,” writes Guihyun Park, Beng-Chong Lim and Hui Si Oh, authors of the paper, Why Being Bored Might Not Be a Bad Thing after All. While the experience of ennui is often considered a sign of laziness or lack of creativity, the authors found that boredom motivates some individuals to engage in “novelty-seeking responses,” which organizations can use to drive innovative thinking and positive business outcomes.

The authors conducted a series of studies that explore the consequences of being bored and how the emotion might drive creativity.

In one study, two groups of college students were given bowls of red and green beans. The boredom group was told to sort them by color, using one hand and going a bean at a time, while the control group was instructed to transform the beans into an art project.

After completing these tasks, both groups took part in a brainstorming session. They were asked to come up with justifiable excuses for lateness, listing reasons a person could get away with showing up two hours late for a meeting. The authors found that the boredom group produced more ideas than the control group. Better still, their ideas were more unique.

In a similar study, participants completed the same bean activities before engaging in a brainstorming session on new products for dog walkers. The findings were a little different this time. While the researchers didn’t observe a consistent link between boredom and creative output, they discovered something else: individuals with a high desire to learn and an openness to new experiences were more creative in their responses after undergoing a period of boredom.

If, as the authors’ research suggests, boredom prepares creative people to do their most inventive brainstorming, what might that mean for human-centered design?

Brainstorming is a crucial part of any human-centered process. It’s the phase in which participants unlock latent creativity by letting down their guards and taking an uncensored approach to collaboration. Often, the most outlandish ideas lay the groundwork for the best ones, so it’s key that facilitators help create a non-judgemental atmosphere in which everyone feels safe to push themselves and take risks.

The study’s authors conclude that “the inner tension created by boredom activates one’s desire to explore and develop different novel strategies, some of which will give us an edge in survival or competition.” It’s worth keeping these findings in mind when planning a human-centered workshop. If brainstorming sessions can be preceded by a little quiet contemplation, in lieu of busy tasks, your employees might generate the best possible output. A mind freed of scurrying activity could be doing important preparatory work for unexpected originality.