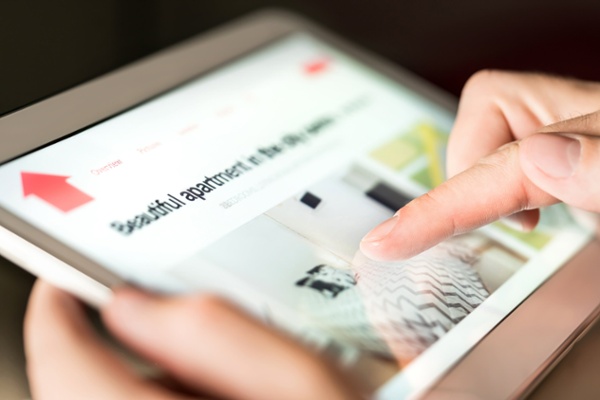 It’s hard to believe that Airbnb wasn’t always the success it is today. Back in 2009, the company was close to shutting its doors, with revenue of just $200 per week. The three founders were living on their credit cards and wondering if it was all worth it.

The company was working with Y Combinator, an accelerator that funds startups, and they got together to try to figure out why the Airbnb concept just wasn’t resonating with customers. They used a design thinking process to get at the heart of where they were going wrong.

As part of the design thinking project, they looked at the properties posted on their New York City site through the customers’ eyes and had a powerful realization: All of the photos of the properties were, well, really bad. People were taking the photos with their cell phones and the quality varied wildly. No wonder people weren’t booking the rooms. They couldn’t properly see what they were getting themselves into.

The Airbnb founders were Silicon Valley vets, used to dealing with problems from a developer’s mindset like developers: use agile methodology to come up with disruptive innovations like a new user interface or scalable digital features. But instead of thinking like developers, they wanted to think like customers. So the three founders got on a plane to New York to visit the properties they were promoting on their site. The result? Professional photos that made them look beautiful, inviting and attractive.

Within a week, the company’s revenues doubled: $400 that week. And that’s when they knew they had hit on something profound. Going out to meet customers instead of solving all of their problems behind a computer screen could change things for the better – dramatically.

Now, the Airbnb team tackles all of its big problems by developing a hypothesis, piloting an idea, gathering feedback on how that idea is working, and iterating and repeating as necessary. In other words, they leverage design thinking to inspire innovation and solve problems in ways that are meaningful to customers.

This isn’t just a method used by a few project teams. Everyone in the company is encouraged to look for opportunities to reinvent and rethink ideas, opening up “the box” to new levels of innovation. Team members regularly take an idea and test it on a small scale to see if it works, then report the results to the rest of the team.

The result? In Q3 of 2018, Airbnb reported $1 billion in revenue. And the trends suggest they can only go up from here.

1 — ExperiencePoint
Workplace Training: What You’ve Been Doing Right and How to Bolster Your Efforts
2 — Tom Merrill
Tending to Our Evergreen Community
3 — ExperiencePoint
Training Sticks When It Engages Heads, Hearts and Hands