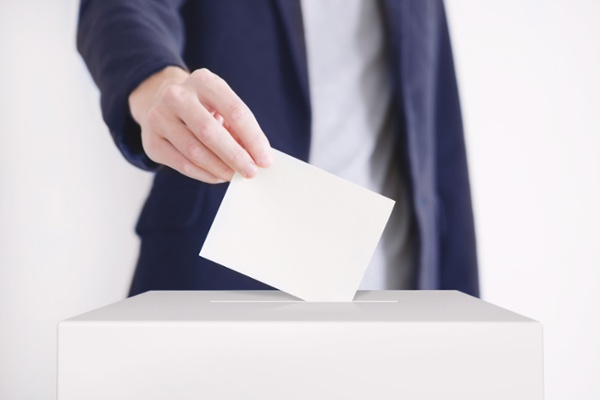 We’ve heard a lot about the benefits of design thinking for creative problem solving; as a way to brainstorm new ideas for processes or products; and as the vehicle that can break departments out of the past and into the future. But when we’re talking about design thinking, many of us confine our thinking to for-profit companies. But design thinking can be used to solve the complex problems a for-profit, non-profit or government organization needs to tackle.

With the Democratic contenders for the presidency throwing their hats into the collective ring, it’s getting more and more interesting to think about design thinking as it relates to politics. How can lawmakers and politicians use design thinking to make their case to their future constituents?

We can use the example of an obscure, small-town mayor who nobody had heard of two months ago. Last week, Fast Company ran a profile of Pete Buttigieg’s radical new approach to campaigning — an approach that has a lot of people listening. If you’re not into politics, here’s the backstory in a nutshell. Buttigieg is the two-term mayor of South Bend, Indiana. At 37, he’s the youngest person in the playing field for president, and he’s appealing to people with a new approach that has knocked the old way of campaigning on its ear.

Starting by immersing himself in what’s important to not only his Millennial peers but the rest of us the country, he unveiled a new campaign logo design that is reflective of his empathy for this country and its needs. The logo is a bridge, symbolic of the real bridge in South Bend he transformed into a modern icon, but also symbolic of Pete himself. He is positioning himself as a bridge between America’s past and its future, the middle of the country and the coasts, conservatives and progressives.

His campaign has created a first-of-its-kind online design toolkit that will allow supporters to engage and interact with a campaign like never before via the ability to customize and print campaign logos to use on social media, on yard signs or however. There’s even a funny graphic that tells people how to pronounce his name: Boot-Edge-Edge.

The design features nine colors, and not just the traditional red, white and blue. There’s calm blue to reflect Pete’s calm demeanor. Heartland yellow and the rust belt orange tie Middle America into the picture, while brown reflects Pete’s two dogs. On the campaign website, users can slide across the colors to see photographs from Pete’s life, to see how, exactly, those colors came about. The colors not only have a Midwestern flair, but the design and colors together evoke baseball memorabilia, appealing to older voters.

All of it was carefully crafted with supporters’ needs in mind, allowing them easy accessibility to download and customize campaign materials for their grassroots efforts.

How is it all working? The guy who nobody had heard of and whose name nobody could pronounce formally announced he’s running for president just a couple of weeks ago. He’s already rocketed to the top of the polls, number three after Joe Biden and Bernie Sanders. A design thinking approach is certainly part of what helped him get there.