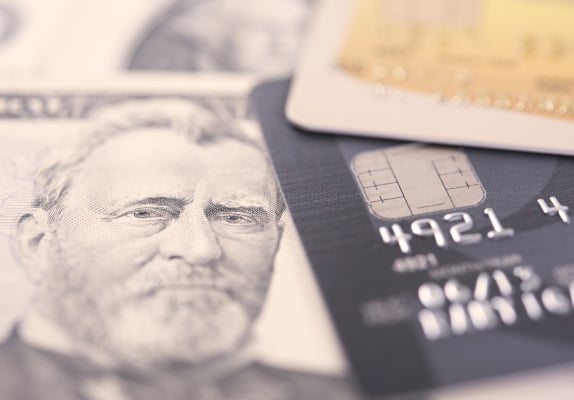 The bank proved its commitment to innovative design back in 2011, when it launched Capital One Labs (Labs) - dedicated spaces in the organization where customer-centered innovation is the driving goal. Labs was originally headed by a group of former Stanford d.school instructors and design consultants, who worked as an independent incubator within the Fortune 500 organization.

The decision to create Labs, and to give its teams the funding and autonomy to rethink the banking experience, transformed the Capital One culture and led to innovative solutions that changed the way customers — and the industry — think about banking.

It took some time for Capital One bankers to get on board with the new approach, but Labs’ employees won them over by doing what design thinkers do best: going after problems that others had failed to solve, and finding new ways to solve them. One significant outcome has been the development of the Capital One Wallet (after other attempts to build a Capital One banking app had failed). They also convinced the bank to replace overdraft fees with other coverage options after research showed they infuriated customers.

The early wins helped Labs (there are now two locations in Washington D.C. and in New York City) convince skeptics that design thinking and customer-centric decision-making produced effective results. This has led to bigger projects, like redesigning the physical credit card to be a thing of beauty, using data visualization tools to enhance the fraud detection process, and opening a series of “Capital One 360 Cafes” in the lobbies of brick-and-mortar banks to give busy customers a reason to stop in. The coffee shops also provide Labs’ teams with a place to interact with customers, to understand their current frustrations, and get feedback on new prototypes.

When they are not testing their own ideas, Labs’ employees train the rest of the Capital One workforce on the fundamentals of human-centered design through workshops. They teach employees the pillars of design thinking, including how to empathize with customers, brainstorm ideas, build prototypes, and gather feedback. The workshops are helping to infuse design thinking into the Capital One culture so everyone approaches problems by first asking “what does the customer need?”

“For us, the benefits of providing products and services that emerge from end user preferences and expectations is the key to a sustainable future,” wrote Richard Dalton, vice president, head of design for Capital One Commercial Bank in an article for the bank’s blog. “As is building an organization that is nimble and responsive enough to adjust to these expectations as they evolve over time.”

Capital One gained a considerable advantage when it recognized the business value that design thinking brings to the finance industry. Business leaders can use their story as a roadmap for their own transformations, so they too can gain an edge by putting customers at the center of everything they do.

1 — ExperiencePoint
Workplace Training: What You’ve Been Doing Right and How to Bolster Your Efforts
2 — Tom Merrill
Tending to Our Evergreen Community
3 — ExperiencePoint
Training Sticks When It Engages Heads, Hearts and Hands