When Shyam Viswanathan says being a facilitator keeps him on his toes, he means it. With more than 1,500 ExperienceChange and ExperienceInnovation experiences under his belt, he’s on the road six days a week, facilitating workshops for a commercial vehicles manufacturer one day and the largest bank in the middle east the next. From oil and gas to mobile communications to consulting, each company environment allows him to step into a new world, and that means there’s no time to get bored. Shyam shared with us a little more about his globetrotting ways, as well as his mentorship goals. 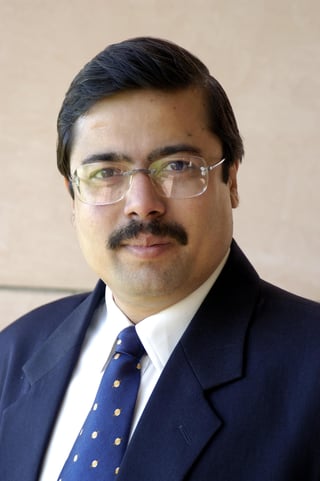 For the first half of my career, I did not facilitate at all. I was an ‘Operations’ guy. My job was to meet numbers and deliverables in a hi-technology industry. In the process of doing that, I began leading teams and I got interested in what makes some people meet their deliverables consistently while emerging as inspirational leaders. Driven by that curiosity, I began to read, apply the concepts and experiment with my direct reports. I did that for many years.

What I love about what I do now - in the last 15 or so years of facilitating - is that the best way to learn a subject is by teaching and practicing. So you practice it with your teams and with the people you work with and because you have to teach it in a classroom situation, you read up constantly so that you are up to date. You bring your “war stories” from the practice – from both, your successes and your failures. That gives me a lot of energy and pleasure. I also believe that by teaching, I’ve become a better leader of teams - because I’m both a teacher and I run a business. Each one seems to feed off the other. Practicing in the field gives you rich material and that makes the facilitation more fun.

What has been your most impactful facilitation experience and why does it stand out?

I was facilitating a class on the subject of managing unproductive conflict, and I was teaching the Social Styles grid: ‘how do I understand before I seek to be understood’; the meaning of genuine empathy when I’m dealing with someone else and being able to appreciate their point of view.

The next day before class, a lady came up to me and said, “I want to share with you something, and I didn’t want to share in front of the whole class. For many years, it’s been bothering me that my husband and son haven’t been getting along. What you said yesterday rang a bell. I had a chat with them last night, using the framework that you discussed in class, and it made it a little easier for me to help them see each other’s point of view. They promised to work on it.”

I could see she was tearing up a little bit. It was obviously something that had been deeply distressing to her. It was one of those moments when you feel you must be doing something worthwhile, that you’re making a difference in someone’s life.

Where are you off to for your next session, and what makes it exciting? 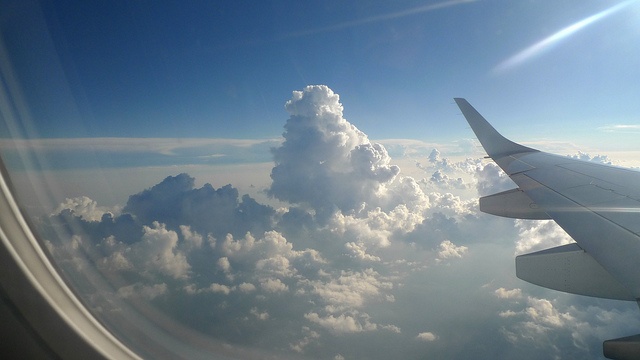 I’m normally on the road six days a week. Right now I’m in Mumbai doing a workshop for a financial services company, and over the weekend, I’m travel to Hyderabad to start another workshop on for the largest Indian Business Process Outsourcing company. They’re a $3 billion company with about 75,000 employees and facilities in 25 countries. They have a large employee population of Millennials, while the more senior people are from a different generation - used to a different work culture. Now they’re dealing with these younger employees, so they have to figure out how they’re going to work together to lead new initiatives and lead the company into the future. We’re using ExperienceChange as one of the tools. I’ll be there for three days next week, but in total, the intervention will go on for seven months. It will be a blended approach, using technology, classroom face-to-face, peer learning, action learning and sessions by clients and thought leaders over the course of these seven months.

Do you have any rituals that you engage in prior to facilitation?

For me it’s almost like performing in a play. Just before you walk on stage, you try to put yourself into the “skin of the character.” For example, this company I’m working with in Mumbai is a financial services company, so I’ve spent time on the phone talking with friends who work in the industry, asking them about what’s going on, where they see the industry going. I also spend time doing some research on the web. It helps you move into a mindset of the industry. Mentally, you’re talking the language of the people who will be in the classroom, so they’re more comfortable with you right away.

If you could magically gain one quality or ability, what would it be and why?

I’d like to wake up with amnesia. I’ve found that many times, you’re afraid of doing something because you’ve failed in the past and felt like a fool. If only we were given the gift of forgetting—both our past successes, so we don’t get too arrogant, and our past failures, so we don’t feel too intimidated. Just take each day in the moment as it comes, go to bed and then wake up fresh, having forgotten everything and ready to learn again.

Who's a mentor or infuencer you'd want to spend a day with?

I don’t know if you can manage this, but I’d like to work with the creator of the universe. Maybe I could learn some systems thinking from the guy! I’d love to understand what the systems thinking game is all about when you have billions of galaxies and trillions of suns and planets -  and it all works to some kind of crazy harmony! I’d then like to put the creator through an ExperienceInnovation simulation and say, “How do we humanize and further simplify what you do”?