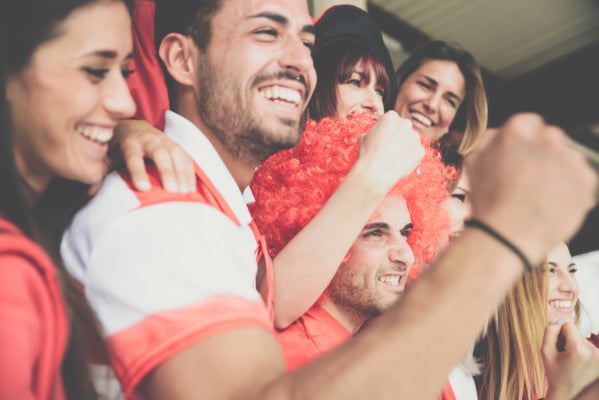 In the world of soccer, the 2019 Women’s World Cup made history. Not only was the U.S. women’s team win historic, but all eyes of the world were glued to the games. In homes, bars, and sports arenas, people couldn’t get enough. According to Pro Soccer USA, the event broke viewing, attendance and scoring records.

“There was a before, there will be an after the 2019 women’s World Cup,” FIFA president Gianni Infantino was quoted in Pro Soccer USA as saying. “It’s up to us to make sure that we seize this opportunity and we do something about it.”

It wasn’t always this way. Women’s sports have had a long uphill battle to compete on the same playing field, so to speak, with men’s sports. Aside from the Lindsay Vonns and Venus Williams of the world, we're not seeing too many women with the kinds of endorsement deals that men’s sports generate.

Pay equity problems have long plagued women’s sports, and women’s teams in general haven’t generated the public excitement for attendance that men’s teams have enjoyed. But this time, the entire world chanted and screamed as the enthused, charismatic, fiery — and incredibly talented — U.S. women’s team took the field, in a way that soccer in the U.S. has never seen.

So, how did it all happen? Is it a stretch to wonder if human-centered design had a hand in it? With a transformation this profound, how could it not?

Empathy with the fans is at the heart of their success. Cueing on the public’s (end user’s) current passion for the game, FIFA is laying out a five-point plan to drive further development in women’s soccer, Pro Soccer USA reports. The plan gives the public what it wants: increasing the number of teams in the World Cup, increasing FIFA’s investment in the women’s league and creating new tournaments. A deal with ESPN was the upshot of all of it.

FIFA has tried to transform women’s soccer in the past, but didn’t hit the mark (Prototype stage, anyone?). They made the mistake of not getting to the heart of their audience by scheduling men’s tournaments on the same day as women’s, and other fails that showed they weren’t taking into account what the fans really wanted — and that lack of empathy led to the wrong decisions.

U.S. World Cup champion Megan Rapinoe is quoted as saying: “We need attention and detail and the best minds that we can possibly have in the women’s game helping it grow every single day. I understand it’s a very complex problem, but the resources are there and I think the willingness and brain power is all there.”

That’s ideation if we ever heard it. And for the record? The 2019 World Cup was viewed by upwards of 1 billion people. That’s a record. We may well be seeing the glass ceiling of women’s sports finally starting to shatter. And human-centered design certainly played a role.