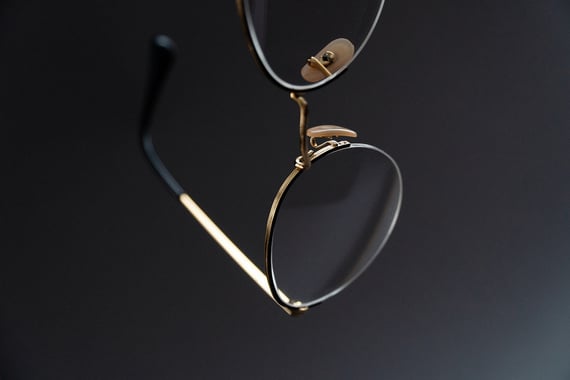 Design thinking has helped many companies strike innovation gold. Take Airbnb, who disrupted the entire hotel industry through human-centered approaches, or Uber, who’ve revolutionized the way we think about taxis and transportation.

Warby Parker is another company that has used design thinking to disrupt its market. Noting the exorbitant cost of eyewear, the company questioned whether there was a way to make buying glasses easier and cheaper.

Warby Parker launched in 2010 and, almost a decade later, it continues to surprise and impress customers with its ability to respond productively to feedback. The company has created a truly human-centered culture that has propelled them to the top of the eyewear industry and is bound to maintain their reign there for years.

Warby Parker was the brainchild of entrepreneurs Noel Blumenthal, Dave Gilboa, Andy Hunt, and Jeff Raider. According to Forbes, the group of friends commiserated over the impossibility of finding reasonably priced eyeglasses and decided to investigate the problem.

They discovered that LensCrafters, Pearle Vision, Ray-Ban, Oakley and the licenses for Chanel and Prada all fall under the control of the same company, creating a veritable monopoly that kept prices high. Neil Blumenthal told Forbes, “It was really about bypassing retailers, bypassing the middlemen that would mark up lenses three to five times what they cost, so we could just transfer all of that cost directly to the consumers and save them money.”

Blumenthal explains: “When you buy a Ralph Lauren or Chanel pair of glasses, it’s actually a company called Luxottica that’s designing them and paying a licensing fee between 10 and 15% to that brand to slap that logo on there. If we did our own brand, we could give that 10 to 15% back to customers.”

By identifying a human-centered problem, Warby Parker took on an eyeglass giant and transformed the way people get their glasses. They also raised $215 million and are now valued at $1.2 billion, making them one of the few ecommerce companies to reach coveted “unicorn valuation” status.

Interested in how Warby Parker keeps innovating to stay on top? Read our following post on the global eyewear disruptor.